Stereotypes: Where’s the Line Between Offensive and Multicultural?

Cam Tucker and his daughter Lily from Modern Family

So when it comes to media representations, where’s the line between (a) humorous glimpses into a multicultural world and (b) offensive, hateful generalizations about marginalized groups? Can humor about a marginalized group actually be a healthy way of promoting diversity? 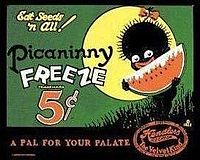 Clearly, stereotypes can be dangerous because at their worst, they provide “evidence” that a marginalized group of people is inferior, therefore justifying the marginalization. In Nazi Germany, stereotypes about Jews were used as justification for discrimination and eventually for concentration camps. In the United States, D.W. Griffith’s 1915 epic silent film (and Ku Klux Klan propaganda piece) Birth of a Nation promoted stereotypes than African-American men were dangerous, corrupt rapists and thieves. These attitudes fueled the “need” for Jim Crow laws and other forms of racial discrimination.

But is it possible to have stereotypical representations that break down discrimination? And what’s the difference between stereotyping a culture and simply portraying a culture in a manner that is honest, accurate, and funny, with all the positive and negative and messy and fabulous quirks that are a part of that culture?

I’ve been thinking about two sitcoms lately—Modern Family and The New Normal—which both portray gay male couples. These shows wouldn’t have been possible even fifteen years ago. “Way back” in 1997, when Ellen came out of the closet on her sitcom, advertisers pulled out and the network placed a parental advisory on the show. Today, David and Bryan on The New Normal are having a baby through a surrogate, and Cam and Mitch on Modern Family are raising a kindergartener, and several of my most conservative Facebook friends post regularly about how much they love Modern Family. The titles of both shows promote the idea that gay families are a part of normal, modern life. How awesome.

As delighted as I am to see representations of gay families on the great American normalization box, I don’t know what to think of the stereotypical way these characters are sometimes portrayed. Bryan on The New Normal is obnoxiously effeminate. He’s a TV producer who’s obsessed with designer labels and celebrity and is clueless about sports. Mitch and Cam are both effeminate (in different ways), but Cam, a music teacher who wears gaudy shirts and cries at the drop of a hat, is the most obviously stereotypical. Of course, there are  ways that Cam is a well-drawn out, unique character who doesn’t fit into a stereotypical box; he grew up on a farm, for example, and played college football. But overall, Cam screams “gay.”Modern Family also stereotypes gay culture in general. The couple’s friends are gossipy and over-the-top, and have names like Pepper Salzman and Jeaux (pronounced “Joe.”). In a recent episode, Mitch and Cam came into conflict with a lesbian couple after the lesbians’ son pulled their daughter Lily’s hair. The couples begrudgingly agree to have a play date to alleviate the conflict, but spend a lot of time hurling stereotypes at each other. Cam declares that the play date will have to take place in the men’s house because the lesbians’ house must be full of woodworking projects. (One member of the lesbian couple is horrified, but the other points out that they indeed have half a canoe in their living room.) The lesbians agree to come over, but snark about how they’re probably going to be served frittatas. “Well, yeah, if we were inviting you over to 2009!” snarks back Mitch.

So is this kind of stereotyping a problem? Is it perpetuating negative images of gay culture? Or is it providing straight people who have little exposure to LGBT culture a glimpse into (part of) reality? Because the thing is, these stereotypes are sometimes true. I know gay men like Cam. I know lesbians who may well be in the process of making canoes. This episode made me feel a little uncomfortable, but it was funny to me because it rang true. And yet, on the other hand, for viewers who aren’t pro-LGBT, does this just give them an opportunity to mock?

But imagine it the other way. What if shows like The New Normal and Modern Family had gay couples who were 100% un-stereotypical. What if the couples had no connection to “gay” whatsoever except for their choice of relationship partner?

We’ve seen representations like this. Ever see Guess Who’s Coming to Dinner?  In 1967, thirty years before Ellen came out, this film portrayed a white woman who wanted to marry a black man, played by Sidney Poitier.  To make interracial marriage as comfortable as possible to the 1967 audience—as these kinds of relationships were far from the “new normal” of the time the African-American character was portrayed as being as non-objectionable as humanly possible.  No stereotypes. No characters flaws, actually—he was an impeccably mannered, distinguished, philanthropic doctor.  And other than his skin color, there was nothing in this character that reflected his blackness.  Since stereotypes are (1) based on cultural attributes, and (2) typically negative, Sidney Poitier’s character was the opposite of a stereotype.  He was both culture-less and 100% positive.

Fast forward to the 1980s, and the Cosbys. Unlike Guess Who’s Coming to Dinner,  The Cosby Show wasn’t devoid of blackness. The show had black music, black art, and just a general feeling of black culture. Of course, blackness wasn’t emphasized strongly—in fact, Bill Cosby had to fight the network to do things like place an anti-apartheid sign on Theo’s door—but it’s wasn’t absent either.The Cosby Show was groundbreaking in that the family was neither devoid of culture nor stereotypical, but unfortunately, it didn’t totally deviate from Guess Who’s Coming to Dinner in that the family was a little too good to be true—not just for a black family, but for any family. The Huxtables were upper middle class and somehow able to juggle all those kids and two careers with little effort.  But what’s most disturbing about The Cosbys—and what makes it so different from Modern Family and The New Normal—is that the family never encountered any problems resulting from their blackness. Ever. That would have been way too uncomfortable for audience members who were still getting used to the Huxtable family as “the new normal.” Theo was never pulled over by the cops for driving a nice car. A white patient never walked out of Dr. Huxtable’s office after seeing that her new OB-GYN was black.

And the thing about the Cosbys and Guess Who’s Coming to Dinner and other representations that evade stereotypes in this manner is that they overdo it. Stereotypes are gone, but culture is watered down and removed from reality. What this leads to is a (white) culture of people who are so afraid to be stereotypical, they are afraid to talk about race at all—and perceive more realistic representations of marginalized groups as being stereotypical simply because they are realistic. For too long, many white people have been taught to say, “I’m color blind. I don’t see race,” as a way of dealing with racism. While this may be well-intentioned, it can also result in hypersensitivity to any mention at all of race, and a refusal to acknowledge or fight racism.

So now we have representations of gay couples in the media that are not too good to be true, and who sometimes encounter discrimination (or at least discomfort from people in their community, as neither The New Normal nor Modern Family is overtly politicized). And we have stereotypes. So is this better?

Overall, I would say yes—mostly. Like I said, there’s a thin line between stereotypes and simply portraying the quirks of a culture. As a Jew, I get annoyed by some stereotypical representations of Jewish people—like The Nanny, or Janice from Friends. These images of loud, materialistic Jewish American Princesses irk me. On the other hand, I appreciate quirky, realistic representations of Jews—like Ross Geller from Friends, who’s kind of a stereotypical schlemiel, but one to whom I can totally relate. One of my favorite movies is It Runs in the Family (2003), a quirky depiction of Jewish family members whyo kvetch at each other during a Passover seder. And I love Eddie Murphy’s “taste the soup” depiction of an old Jewish man at a barber shop in Coming to America (1988). All of these are, arguably, stereotypical representations. But they’re also real. I don’t want to see sanitized images of Jews in the media. I want to see real depictions of my quirky, unique culture.

So yes, the gay stereotypes in The New Normal and Modern Family are not without their problems. Yet they represent images of real diversity, and that’s a marvelous departure from the world of Guess Who’s Coming to Dinner.  For better and for worse, it seems that representations that straddle offensiveness with multicultural honesty are becoming the new normal.

One thought on “Stereotypes: Where’s the Line Between Offensive and Multicultural?”