Archive for the category “Bachelor/Bachelorette” 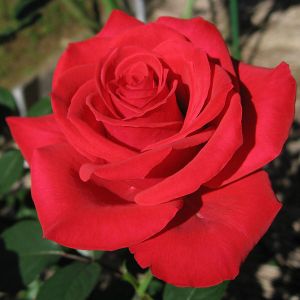 Desiree proclaims,
“I feel like Cinderella!”
A million tears fall.

Shiny silver dress!
Bangs: like Sean, a memory.
Des: dressed up for love.

Time for the limos.
Humiliation contest?
The contenders are:

Ben brings his cute son.
Questionable parenting,
but he gets a rose.

Why I No Longer Love the Bachelor, or, I Give Sean and Catherine Six Months 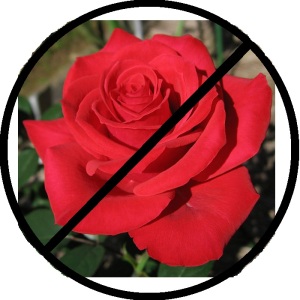 Annnnnd we’re done.  I don’t even want to count the hours I’ve spent this year indulging in my guilty pleasure, The Bachelor.  I started this season with a long post explaining Why this Feminist Loves The Bachelor.  It’s great ironic fun, I argued.  It’s a satire of gender roles and whiteness and dating rules.

Now that this season is over, I think I may be ready to take that back.  This show is just plain sadistic.

From a feminist perspective, I don’t think that this show does a great disservice to women and gender roles (although it doesn’t exactly help). While there are certainly “true believers” who watch this show, I firmly feel the main reason The Bachelor has been so successful is because it’s so fun to mock.  If you don’t believe me, just visit the snarky, hilarious weekly Bachelor recaps by Kristen Baldwin at EW.com, and the hundreds of pithy remarks in the comments section.

So I’m not terribly worried that this show is brainwashing Americans into thinking that women need to be sniveling, powerless, male-dependent half-wits.  We know better than that.

What I am worried about is that this show messes with the minds of real contestants for the purpose of persuading them to “fall in love.”  It’s good TV when women are crying hysterically for some guy they met a few weeks ago, and this show is all about good TV.  I recently read a Psychology Today article that discusses the manipulation techniques used on The Bachelor to persuade people that they are actually in love with the stranger for whom they are competing, and it made me feel bad about actually watching this garbage.  Producer Mike Fleiss is an evil genius.

Yes, these people know what they are getting themselves into.  They are young, attractive people looking for adventure and fifteen minutes of fame.  Or so I keep telling myself.  But they also are real people who get badly hurt.  The whole premise of this show is built around rejection, which, if memory serves me correctly from my dating days, is one emotion that really, really sucks.

This week, I watched Sean turn down Lindsay at the “altar,” and she was crushed.  For real crushed.  And then I watched Sean propose to Catherine in what was, in TV terms, a beautiful proposal.  But it made me feel sad, because chances are extremely high that these two seemingly nice people don’t have a chance.  (Only three marriages have resulted in 20-plus seasons of The Bachelor and The Bachelorette.) These two people knew each other for a period of weeks before he proposed, and the day before the proposal, Sean was still saying he was equally torn between Catherine and Lindsay.  Does that sound like a solid foundation for a marriage?  Combine that with the fact that these two people apparently have nothing in common, other than being very good looking and “goofy” (or so they claim).  Catherine’s a Seattle vegan with a nose ring.  Sean’s a conservative Christian boy from Texas.  Not that people with those characteristics can’t possibly make it, but the pairing doesn’t scream “perfect match.”

I give it six months.  If that.  She strikes me as a former high school nerd who can’t believe that this “beefcake” (which she called him a zillion times) is actually into her.  Puppy love.  I predict two seriously broken hearts.  Because they do seem like unusually nice and genuine people who someone stumbled into a reality TV nightmare, I actually feel bad for them.

I’m not sure if I’m ready to give up watching this garbage.  But I didn’t get much pleasure out of watching the proposal tonight, and I think the sadistic premise of this show may finally be too much for me.

Why this Feminist Loves The Bachelor, or, Pretty White People Behaving Badly

And why do I watch this stuff? Because I’m addicted to romance? Because I have great faith that two strangers will fall in love on an eight-week long reality show and live happily ever after?

No and hell no. I watch these shows for one reason — because they are just about the funniest shows I’ve ever seen on television.