Archive for the tag “fandom”

“Bacon Pride,” or, Why is Bacon In Vogue?

Why is bacon in vogue?

I asked an office friend this question, and he said it’s because bacon is easy to use, versatile, and most of all, very tasty.  But I don’t think that’s the whole story.  This explanation describes why bacon is popular, but not why it’s become a stylish and quirky trend.  Milkshakes are tasty too.  So are French fries. But neither of these unhealthy treats are in vogue.

So, in what way is bacon in vogue?  For one thing, food establishments of all “brow” levels are ramping up the decadence level on their menus with bacon.  Check out this list of New York’s Most Insane Bacon Dishes to see everything from a kimchi bacon rice bowl to bacon donuts.  Elegant steakhouses, like Manny’s in Minneapolis,  are serving gourmet bacon as an appetizer.  More casual eateries, like Centreville, Maryland’s Commerce Street Creamery, boast about the addition of bacon to their sandwiches (“We Have Bacon and We’re Not Afraid to Use It.”)  State Fairs are selling concoctions like country-fried bacon, and upscale weddings are featuring bacon bars.  And the Elvis sandwich–peanut butter, banana, and bacon–has made a resurgence.

In the world of geekdom, bacon has become as trendy as Game of Thrones. Walk around a science fiction convention these days and you’ll see a plethora of “bacon pride” T-shirts proclaiming  sentiments like “Come to the Dark Side–We Have Bacon” or “I Find Your Lack of Bacon Disturbing.”  On Thinkgeek.com, shoppers can express their love of bacon by purchasing a full line of bacon-themed products, including bacon wrapping paper, bacon strips adhesive bandages, and a frightening-looking food substance called “baconnaise.”

But you don’t have to be a science fiction fan or a self-proclaimed geek to love bacon.  Bacon blogs and bacon-themed products are all over the Web.

Check out BaconToday for your one-stop shop for bacon news, recipes like bacon margarita cupcakes, and a ridiculous selection of bacon-flavored edibles like bacon brittle and bacon pickles. And you can learn how to make a bacon bouquet.

Now, in the interest of full-disclosure, I need to confess:  I don’t like bacon. I know that makes me an unusual American, much like my daughter’s sweet friend down the street who doesn’t like chocolate.  So why don’t I like bacon?  It’s not because I’m a semi-vegetarian.  It’s not because I’ve been making an effort to eat healthier. It’s not because I’m Jewish.  (Side note: only about 15 percent of American Jews keep kosher–so please don’t be one of those people who assume I keep kosher because I’m Jewish.) I’m just one of those weird people who think that bacon doesn’t taste good and has an icky texture.  Not that I don’t eat plenty of other foods that aren’t good for me.  It’s just that bacon isn’t one of them.

So, as a non-bacon eater, I am even more perplexed.  Where is this emphatic love of bacon coming from?

Some of it certainly has to be a backlash against the movement in our culture towards natural, healthier foods that aren’t chock full of nitrates and pork fat.  Of course, there are healthier bacon options out there, like turkey bacon and nitrate-free bacon.  But somehow, I don’t think these are the options that bacon-lovers are heralding.

Our culture is full of messages–and perhaps pressure– about the benefits of eating more healthfully.  Once it was just alternative granola-types who shopped at co-ops and farmers markets and touted the merits of natural foods. These days, you no longer have to go to Whole Foods or a co-op to see aisles full of quinoa and organic veggies, as everyday grocery stores are stocked with these options.  On the news, we have Michelle Obama rallying for healthier school lunches, and Michael Bloomberg legislating against Big Gulps.  We keep hearing that processed meats are really, really bad for us, like in this NPR report.  And of course, everywhere we look are messages about how we’re all getting fatter and fatter.

The result?  People latching onto the growing Bacon Pride movement.  Bacon, the poster-child of the unhealthy food that’s making us fat, has found itself a cult following. “Screw you, Michael Bloomberg!”  the bacon lovers declare.  “I’ll give you my bacon when you pry it away from my cold, dead, greasy hands!”

So, is this a bad thing?  On the one hand, I love a good oppositional movement that challenges cultural norms.  Women refusing to shave their legs?  Awesome.  Gay people coopting the word “queer” and the pink triangle?  Awesome.

People eating bacon to rebel against changing norms about our diet?  I hesitate to embrace this in the same way.  Bacon isn’t exactly a grassroots thing.  Sure, once upon a time it was the product of small farmers.  But more often than not, today’s bacon is a product made by the food corporations who have made a fortune off of the obesity epidemic and our dependence on processed foods.  Wearing a Bacon Pride T-shirt is a little bit like wearing a Nike swoosh or an Abercrombie T-shirt.   You’re advertising a corporate product, and one that’s hurt our collective health.

And yet, well, I suppose there is something to calling Bacon Pride a rebellion of sorts.

So, is the Bacon Pride movement here to stay, or is just a fad?  It’s hard to say.  It seems to me that bacon will always be a beloved food, so while we might be eating less of it in the future, I doubt it’s going anywhere.  But how much longer will bacon be in vogue?  Only swine will tell.

My Annual Science Fiction Convention Angst, or, Is it Normal to Not Fit in Anywhere? 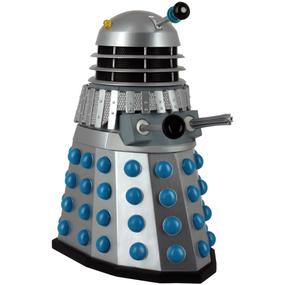 This weekend, my family and I are heading to MarsCon, a local science fiction convention.  So it’s time for my annual “I don’t fit in anywhere” existential angst.

So, here’s my experience with sci fi conventions.  They’re fun. They’re more my husband’s thing than mine, since he’s the true fan.  I am only a lowercase-f kind of fan of some science fiction books, movies, and TV shows.  I am not a true part of “fandom,” the subculture (and in some cases, the lifestyle) that’s formed around the love of this genre.

So I go to sci fi conventions, and sometimes I have fun.  And a lot of times, I feel sad because I don’t fit in.  Here’s a subculture that many people gravitate towards because they feel like they don’t fit into mainstream society.  After feeling like outcasts in high school or work or wherever, they’ve found a group where they do fit in.  So here I am, wandering amongst the outcast subculture, feeling exactly like I did when I was in middle school—like an outcast.

I do have friends in fandom, and I’ve met some great people at conventions.  I’ve also encountered people who have been standoffish towards me—in some cases because they lack social skills, I suppose, but in other cases because they feel like I don’t fit into their “I don’t fit in” culture.  I’ll never forget sitting down with a group of people at a convention, and an acquaintance said to the group with genuine disdain in her voice, “She’s more normal than the rest of us.”  I was officially snubbed by the geek in-crowd.