Archive for the tag “same-sex marriage”

Gay Marriage: An Appeal to Those Who Oppose on Religious Grounds 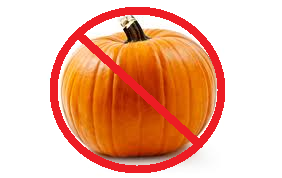 So I realize that most people who oppose gay marriage do so because of their religious beliefs. If this is indeed what you believe, I appeal to you to consider this argument.

Imagine that you are living in the United States of America.  Currently, in the U.S., the majority of people are Christians.  But let’s say that something entirely unexpected happens, and the majority of Americans convert to a religion called Fundamentalist Jibberjabberism.

Now let’s say that although the majority of Americans become Fundamentalist Jibberjabberists, you do not convert.  You are a Christian.  When the mass conversion happens, you are nervous.  However, you remind yourself that the United States is a secular nation governed by a secular Constitution, and that religious minorities like yourself are protected.

Things seem to be going well for awhile.  You continue to go to church and to worship just as you always have.  Then a disturbing development happens.  A week before Thanksgiving, pumpkins become illegal because pumpkins are considered sacrilegious in the Jibberjabberist religion.  You can no longer have a traditional Thanksgiving pumpkin pie.

You go to your Congressperson to complain.  You explain that you respect the fact that the majority of your fellow Americans do not eat pumpkins.  As a religious minority, you expect that it may be difficult to find pumpkins served at restaurants or possibly even at grocery stores.  But  illegal?  “I am not a Jibberjabberist,” you explain.  “Pumpkin does not go against my religious beliefs, and in fact, pumpkin pie is an important part of my family’s Thanksgiving dinner tradition.”